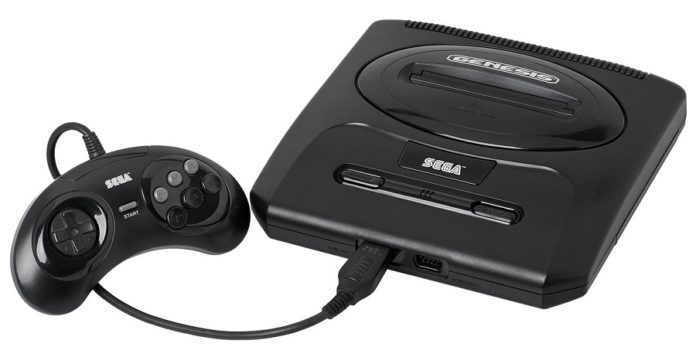 Beyond the world of reality, there exists a world of virtuality, and there is a link that connects the two different worlds, that link is video games. Well, when it comes to gaming Sega Genesis was one of the biggest breakthroughs. The console was not only the biggest fish in the pool it was also home to one of the best such as Streets of Rage 2, Altered Beast.

The console also gave a unique subscription to its users, in which users were given rotating access to the topmost services provided by the console. The subscription was named as Sega channel. The Sega Genesis was able to deliver everything a user wanted and demanded, so here in this article; we will be telling you about the best Sega Genesis games you can try.

Who is not familiar with the legendary Jackson’s moonwalk? This game has tried to continue the legacy by putting it in the form of a game. The home console tries to revolve the game around Michel Jackson’s dance-filled journey in which he tries to save a group of kidnapped children from Mr. Big.

Michael Jackson’s Moonwalker game has five levels which are in some or the other way being intersected by his life journey and career. The children can even kick and punch the opponent in Michel’s famous maneuvers. It’s really fun to play a merge of reality and virtuality.

Well, you might call the name of the game to be quite funky. But bet me, superhero games always have a different place in the hearts of gamers. This game is particularly based on the comic character Turner and his companion Roadkill. Turner is being caught by his comic villain Mortis.

The writer to be Turner has to cross six stages of Mortis sketched villain to get through and survive. The overall layout, design, and graphics of the games are quite eye-catching. The Roadkill has the innate ability to smell everything, other than that the game offers all the punch, kicks, jumps, and special attacks and moves. You will definitely love the game if you just play it for once.

Developed by Game freak, which is also the company behind the Pokemon games, Pulsemen stands out in its own way. There are seven stages through which the Pulsemen have to go with the help of electrical power followed by a boss fight at the end of each level, the nemesis of the Pulsemen belongs to Doc Waruyama.

You can always give this little funny game a try.

This was one of the best provided by the Sega Genesis console to date. A bit different from typical fighting games, the players are given different characters to choose from, and each character comes with a different set of moves and actions. The player has to move through different cities overrun by criminals.

There are varied criminals with different sets of skills, and the player has to fight through each criminal in its way. The soundtrack is like the cherry on the icing, and the game is available Sega mini genesis.

If you are also one of the people who love to play run and gun games, then Gunster Heroes might become your favorite one. The theme of the game is quite simple, the player just has to pass through different stages and levels followed by different challenges from enemies and big bosses.

Any mistake during a particular fight-off or level will be an immediate cause of death. In order to fight and create a chain of difficult moves, the game provides the player with guns and other equipment and weapons. The game is available on Sega Genesis mini.

The first one in the Ecco series this game and its title might appear to be quite childish, but as a matter of fact, it is not, the game is basically a time-traveling journey of a dolphin that is incorporated with some of the hostile environments and encounters.

The game has 25 stages in which the player can do multiple things like shark schools, sonar navigation to communicate with whales, destroy Vortex Queen, etc. You can find the game in Sega Genesis mini.

As the name suggests, the storyline of the game is that the player has to go through the mysterious dino island in order to navigate a radiophone to call for help. The battleground is quite challenging, with a need for a strategic mindset to use machine guns, tranquilizers, rocket launchers.

It’s a one vs. one 2D battle gameplay. The fights are strong, quick, and swift. The game provides a number of verified to choose from, with all the characters totally different and unique from one another. The duel sword fights with intensified battleground are really heartbeat quickening and thundering. The first version installment of Samurai Shodown was a super hit, and the second installments are yet to be revived.

With each evolution of the street fight series, a new character or a new trick was being introduced so to follow the trend in Super Street Fighter II, 4 new characters are launched. Each new character is different from the other in its own style and ways.

Each character has its own powers, moves, strategies, and abilities totally varying from other characters, which made these characters to be the most popular from the entire franchise. The game speed was slowed down in this version, and the animation for it was top notch along with the introduction of a combo scoring system. The game is perfect in its own way

The overall layout of Fatal Fury is really simple but amazing, the player has to do one-on-one fights where they have to use different moves and attacks to cause a significant drop in its opponent’s health. The player has 3 characters to choose from in order to win and lead to the final nemesis aikido master named Geese Howard.

The stages are split into the front row and back row. The two rows allow the movement back and forth to the player. The Fatal Fury is considered a precursor of 3D fighting games. The animation and graphics of the game is really amazing and is eye-catching. Those who like one on one crisp, quick fights will definitely love the game.

So these were some of the best Sega Genesis games that you can try this holiday in the summers or whenever you wish to check them out. Some of these games are quite heart-thumping, and some are slow runners, which you might find initially boring but will eventually enjoy as you proceed with the game.

All these Sega Genesis games are different and unique from one another in one or the other way, which gives you a diversified viewpoint and battleground to play and enjoy. The animation and graphics of each game are amazing that will surely attract you towards it. I hope you enjoy playing some of these recommended games.