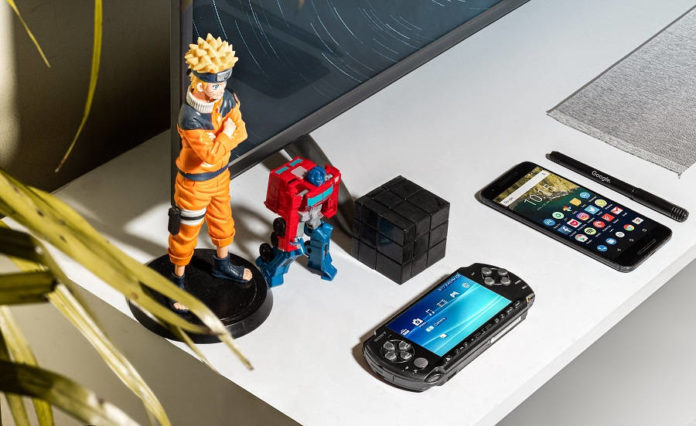 Some of the best PSP games that will keep you hooked for a long time. Today we are going to talk about the 10 best PSP games in 2021. PSP games are developed by Sony Computer Entertainment. PSP(PlayStation Portable) games are good for time passes. Over the years PSP games have gone through many developments.

Hence today PSP games come with advanced graphics, visuals, and a complex and attractive storyline. You get a big library of games and different categories of games.

Hence it is really attractive for all game lovers. The PSP games are creative, well developed, and super interesting. There are some PSP games that you shouldn’t miss at all. So today we are presenting the 10 best PSP games in 2021. So keep reading ahead and play these amazing games.

1. God of War: Ghost of Sparta

Our first game in our 10 best PSP games in 2021 is God of War. In simple words, it is like an action-adventure game. The visuals and graphics of this game are worth playing.

This game is also packed with amazing interesting storylines and soundtracks. The game is loaded with weapons, action movies, different magical abilities, puzzles, etc. God of war: Ghost of Sparta was launched as a sixth installment in the God of war series.

The storyline is set in ancient Greece. The game starts with Kratos and he goes for rescuing his brother. The game is fully packed to give you feelings about fighting and survival. So this game is loved by action-adventure lovers.

This game is a very popular PSP game. The genre of this game is also action and adventure. This game is based in Miami featuring a fictional vice city.

You will play in an open big environment with features of shooting, driving, etc. You can drive different vehicles such as motorbikes, boats, helicopters, planes, jet skis, etc. You will have the ability of jumping, fighting, walking, swimming, using weapons as well hand combat.

There are different missions in the game and every mission allows you to play the game in your own way. You can just play the game and do whatever you want whenever you are not following any mission. Overall this game fulfills your gaming desires and gives you a rich gaming experience.

This is an action-packed game. You will be playing as Zack Flair. You can take missions as well as extra side missions. You get the ability to talk to nonplayers’ characters.

Every conquered mission gives you rewards. You have to fight monsters to complete the missions. The perks of this game involve spells, special moves, and attacks, block items, increasing health rate, etc.

There is a sense of surprise and action in each mission. It comes with many developments in visuals, graphics, and soundtracks. So it is a better option than other previous installments. Hence this game is worth playing so give it a try.

Actions lovers have definitely played this game. So if you haven’t then you should surely try this game. You have to complete different interesting quests. Completing quests will help you to gather materials requirements. There are different kinds of weapons such as swords, hammers, dual blades, shields, etc.

You can play the game in a single-player mode as well as in multiplayer mode. So this game is definitely interesting and packed with actions and rewards.

This game is loaded with improved visuals and awesome soundtracks. It is ready to give you all the feels and wants the same in return. So get ready to fight some amazing battles with all-powerful possibilities and fun.

6. Final Fantasy Tactics: The War of the Lions

It is like a role-playing game. You get both the modes namely single-player mode and multiplayer mode. This game is based on the fictional world of Ivalice. The game involves the fight between the kingdom of Ivalice and its neighbor Ordalia.

There are different kinds of actions and moves present in the game. You need to gather experience and job points by winning battles. These job points will help you in buying new abilities. There are a total of 22 jobs in this game. You can also roam around and crossing certain limits will invite new battles.

This game is made by Sega for PlayStation Portable. As the name suggests, this game is a sequel to Valkyria Chronicles. It is basically a role-playing game. There are two modes of playing such a single-player mode and multiplayer mode. There are different missions and you will see the balance between school and war. This game comes with its own complexities and enjoyment.

There is so much in this game that will make you lose the track of time. This game is undoubtedly engaging and worth playing.

This game is known as the fourth installment in the Persona series. It is like social stimulation and role-playing game. You will play as a high school student and you have to join the Specialized Extracurricular Execution Squad known as (SEES).

You will know about dark hours through this squad. You will have to maintain and balance your relationships with other students. These things will help you in increasing your strength during battle. This game has a solid and interesting storyline. I bet it will keep you hooked up and super away from boredom.

There are two modes in this game as single-player and multiplayer respectively. The game begins with an awesome story and fantasy of the twelfth war between the God Chaos and Cosmos. There are different warriors from different planets in the teams. There are two kinds of attacks namely bravery attacks and HP attacks done by the player. There is also a battle map.

There is a 3D world map and upon traveling you will encounter different types of enemies. You need to destroy each enemy with different moves and power. This game has received positive reviews from players all over the world. People call this game one of the best PlayStation portable games.

It is like a puzzle shoot game. This game comes with a time limit. This game also comes with two modes for playing which are light mode and heavy mode. As the name suggests, the light mode is easier than the heavy mode. You will have control of a ship in the game with the ability to detonate itself. You need to destroy the maximum number of ships by positioning and planning.

This is the fun part because you need the proper weapons, planning, and adjustment for maximum destruction. This game is packed with outstanding soundtracks, visuals, and graphics. There are different kinds of explosions in the game which is even more interesting.

We have tried to present the 10 best PSP games in 2021 in super simple words. Each game given above comes with a description that says about the game. The games given above have received positive responses from all over the world.

The game is all loaded with different modes and different styles. The game given above will hold you for a long time and keep you engaged. Please recommend any interesting PSP game if you think we have missed the above.