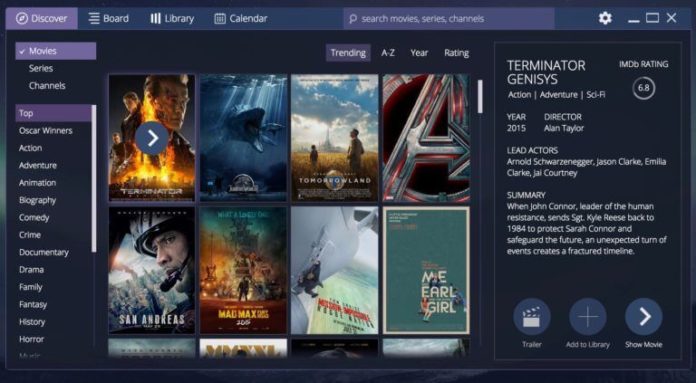 One of the most reputed home media sharing and managing solutions is Plex Media Server but there are alternatives which can help you get all your online and local media aligned. Here we will discuss some Plex alternative solutions.

Media Center is basically used for the purpose of keeping pictures, videos and music on different devices such as PC, Smartphone and some others. Media Center plays a vital role in storing media. Hence, the user interface should prefer to create the contents as per the user choice.

The interface should be simple so that the users find it easy to discover and playback. If the interface is not maintained properly users may get frustrated. Hence, they are required to go for using Plex. Plex is considered to be the best Media Center till date offering various features.

Best Plex Alternatives You Must Try

Plex enable the users to play internet content directly from the Media Center’s interface like YouTube, Netflix. The freemium release of Plex does not have parenting controls, DVD & Live TV and mobile sync. Neither has it offered access to its important features.

Hence, while going for any Plex alternative, users must ensure about the video and data facilities offered. We have mentioned below the top 9 alternatives for Plex. Go through each of the following and look for its necessary features like price and compatibility to select the best one.

Kodi, also known as XBMC, is one of the best alternatives for Plex. It performs like an entertainment hub. Also, it works like a computer media player for free cross platforms and open sources. Moreover, Kodi can be used as a handy digital media source meant for home theatre computers.

Kodi provides its service to various platforms and it is compatible with several hardware podiums and operating systems. Kodi performs all the functions of a good media center. Users can use this software very easily as it is well organized. Also, media contents can be easily played through a UI that assists different types of videos and pictures.

Kodi offers a personal slideshow that makes your pictures more interesting. Users can personify this software as per their needs to make it more entertaining. It is autonomous software. Users can choose the add-on option and can maintain their media according to their wants.

Kodi can be used in Android, Windows, iOS, macOS, Linux, Amazon Fire TV, Raspberry Pi, and many other platforms.

Serviio is a popular Media server that works as the best alternative for Plex. Serviio is a platform that can manage all your media and flawlessly organize them at one place. This app is used for streaming media files, such as images, videos, music, etc. Devices like TV, Bluray player, smartphones, gaming consoles etc., uses these platforms for streaming media.

The best function of Serviio to be discussed is that it enhances the abilities of Alexa. This service of Serviio offers the users with the artificial virtual support for streaming the media online. Apart from arranging the whole media at one place, Serviio offers some more interesting functions.

Serviio not only organize all media together but also it offers the users a benefit of comparison. We must inform you the software which is providing free services will not let the users grab the content from anywhere. This will be considered misleading.

So the users must have to pay $25 in order to get the services which are not free. This software can be suitable in MacOS, NAS, Windows, NAS devices etc.

Stremio is considered as the best alternative for Plex. This software was launched in 2015 by Bulgarian. It is an interesting platform for streaming your media that encounter the interest of film and television admirers. It is very easy to handle and use.

Stremio is an open-source media centre systematizes the video contents and assimilates the required videos for the users on different platform namely, Netflix and Amazon Prime. The add-ons of this software enable the amalgamation of contents from different providers on the interface.

Stremio has a specific calendar function that helps the users to track the release of new episodes or highly anticipated films.  Also, this software performs a comparison among its contents. Stremio offers its services in macOS, Linux, and Windows desktops. Also it is free for Android and iOS applications.

Emby is the best replace for Plex as it is a popular media server app. It offers a function of organizing all the media by itself. Users do not need to waste their time in arranging their media files. Importantly, it transforms the media in real-time to make it seamless for the users to stream on any devices.

Emby is best at supervision of DVR. This software makes its user aware of any changes and updates so that they can maintain their files nicely by taking the necessary steps. As Emby is an alternative for Plex, it performs the same parental control as Plex does.  It makes the users select the kind of media to be displayed for their kids.

Also, users can keep track of their media so that they do not cross the constraints. Emby offers its services to various platforms and allows seamless cloud synchronization. Some of the interesting features are available in the Emby Premiere which will charge $4.99 per month.

Media Portal app is an interesting platform for managing and organizing the media content. Also, it keeps the track of the whole media library. It consists of several instruments for organizing the media at one place. Hence it makes the users more comfortable with maintaining and handling their media files.

As all the users have a large number of media files, they need those files to be well organized and maintained as per their requirements. Media Portal with its different media formats offers the best platform to arrange all the media contents at one place with the tune.

Furthermore, the Media Portal also supports several plugins to help the users in maintaining and managing their media file effectively. Also, it provides well customization too. Platforms, where Media Portal supports, are Windows, Web and Android.

The Media Goblin app is another best alternative for Plex. It helps its users to maintain, organize and share their media as per their requirements. The Media Goblin supports different kinds of media like audio files, books, 3D models, videos and also ASCII-art. It exhibits any kind of inconvenience faced by users.

If you have a large number of media files so you won’t have to worry about maintaining them well as user-interface of Media Goblin performs all the required functions similar to Plex. Users can add a new media type as per their choices. This software supports in different platforms like Windows. Linux and Mac OS.

Netflix users who want their private Netflix would love to use Streama. Streama is an interesting app with an attractive user interface and is one of the best substitutes for Plex.  Users can browse their media content very quickly. Also, users can customize their media files according to their choice.

In fact, Streama can easily beat Plex as it offers more flexibility in arranging and maintaining the media files. Streama offers a feature of “Episode Browser” to support its users in preserving a tab on their episodes. This tab helps them to begin from where they left streaming the episodes.

This function is proved very useful for the users as they can easily track the show and episode after taking a break.  The Streama app is available for different platforms such as Android, Linux and Windows as well.

TVersity is the best alternative for Plex. TVersity offers various kind of server package that utilizes DNLA/UPnP technology. This technology enables users to watch online media contents easily from their desktops and PCs and other devices. In case, the format on the targeted device does not support TVersity server transcodes that files in real-time.

In fact, the TVersity also offers the automatic indexing of media files such as images, videos, songs etc. to help the users to be updated. The only limitation of TVersity is that it is only available in Windows while we talk about server operation. This software maintains and manages all your contents nicely. Users can stream media contents from their desktops, TVs and mobile phones easily.

TVersity offers the on-the-fly transcoding that enables the users to watch any content on any system that supports this software. Not only it provides the best transcoding but also the software proves to be more effective. This software uses different plugins to offer the seamless facility to its users.

The free service of this application has very limited features. In case you need to avail all the best services you can buy the pro version of TVersity. Else you can go for the complete version. TVersity is available for Android, Xbox 360, windows, iOS, Xbox One, Roku, and many more.

You can use any of the above-mentioned alternatives for Plex. Enjoy watching and streaming your favourite media contents with the best software. Connect this software to your respective devices and entertain yourself with your favourite content from any place.