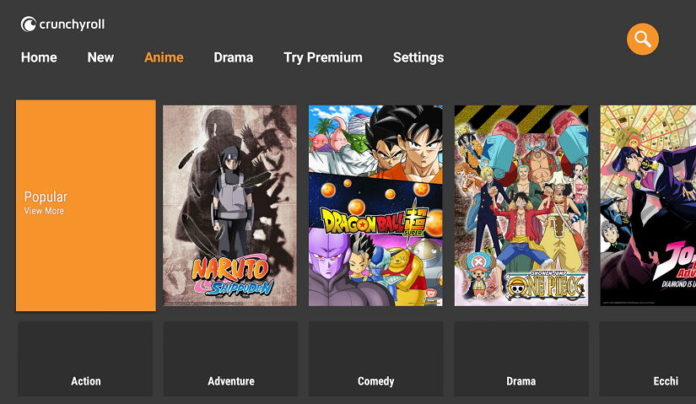 If You are looking to Get Free Crunchyroll Guest Pass, You need to read this. In case you happen to be a fan of anime or Asian TV, chances are that you are familiar with Crunchyroll. Crunchyroll is a premium streaming platform which offers its users anime, simulcast series as well as imported TV shows.

And with little hard work, users can also download videos off Crunchyroll. Crunchyroll is undoubtedly one of the top popular manga and anime streaming services in the market at this time. However, users do have to pay to enjoy their services.

It is understandable if you are not in a position to afford it. Users like you can always benefit from the Crunchyroll guest pass. Crunchyroll guest pass is an incentive that the platform offers to its premium users. It allows those users to invite anyone they want to in order to check out the website free of cost.

One time every month, a premium account needs to be made using a guest passcode, which the users can share. Upon receiving the code, the user can then enter the Crunchyroll guest pass page. They will get 48 hours of free Crunchyroll premium services. Hence you can imagine how this works for Crunchyroll’s advantage as a marketing gimmick, giving users a glimpse of their services.

From a user’s perspective, the problem with this system is that it’s somewhat intermittent. Most of Crunchyroll users complained that they don’t get a guest pass to share every month. Sometimes they do, and sometimes they don’t.

According to Crunchyroll, the Guest passes are complimentary service which are not guaranteed along with the Premium offering and aren’t supported currently. Furthermore, they said they are evaluating whether or not they should continue with the guest passes. Along with this, they apologized but also said that they don’t provide backlogged passes.

Bonus #1: Do you know what exactly Textsheet is?

In reality, Crunchyroll does not cost that much, its only $6.95 a month. However, if people add it on top of Netflix, Spotify, Hulu, and game subscriptions, it will all start to add up to a lot. The website does possess one of the largest legal manga and anime libraries out there. Hence it is worth every single penny that people spend on it. But that’s when they have some pennies left after all their subscriptions. Otherwise, they all can easily find a Crunchyroll Guest Pass.

Although a Crunchyroll guest pass does have certain limits as it is not a full premium account. The guest passes are strictly limited to only 48 hours. Along with that, the volume is limited to only ten passes in six months period of time. So, if someone set up a free account to use a guest pass, they have only 48 hours period to binge. And since users can only get ten passes in six months’ span, they will end up binge-watching shows every few weeks and then wait for some time before enjoying the free services again.

3 Methods To Get a Crunchyroll Guest Pass

The best way to acquire a Crunchyroll Guest Pass is by someone who is subscribed to the website. This is exactly how they want it to work, after all- essentially making people aware of their services through word-of-mouth.

This personal connection is required to guarantee passes at some point or another based on how many people need the passes. In case you don’t know anyone with a premium membership, don’t worry as there are plenty of other ways to get hold of a Crunchyroll Guest Pass.

Bonus #2: Mejorenvo is capable of helping you in downloading TV series and movies.

The Reddit Weekly Guest Pass Megathread is undoubtedly one of the best ways to get hold of a Crunchyroll Guest Pass. Users will find the thread on every Thursday on the Crunchyroll subreddit. However, this does have a downside, which is that users have to be quite quick to benefit from it.

Guest passcodes are directly posted in the thread by users, which means anyone can utilize them straight away. This may take a little trial and error in order to find an unclaimed guest passcode. However, at the time of writing, a lot of codes are being offered.

You will be surprised to know that Crunchyroll has a forum of its own for Official Guest Pass Thread. Since the guest passcodes are being posted publicly, it is going to take a few tries to finally find one that works.

Today, there are a lot of pages to this thread, with the last entry made only a few hours ago. If the threads are updated on a regular basis, it shouldn’t be too difficult to find a pass here.

Otherwise, there are plenty of other anime forums out there. Some of them are bound to have their own Crunchyroll Guest Pass thread versions. Online fan communities or a little digging using a search engine can uncover hidden treasure.

Bonus #3: Check out our list of top Procreate Alternatives for Windows and Android according to us.

If you noticed, with this, it circled back to what our initial strategy was: having someone with a Crunchyroll subscription. So, if you do not have such friends, then you can always go online and meet and befriends with people who share common interests with you.

There are plenty of animes groups on a social networking platform like Facebook. You can always do a little research, reach out to people who are like you, and you never know what you might find!

In conclusion, this whole system of Crunchyroll Guest Passes is a little hit and miss, and it is never guaranteed. It is always better to sign up for an account and get 14 days of free access.

Considering the number of all disposable emails around, this is a better bet in comparison to a guest pass, according to us. If you enjoy services by Crunchyroll, you will probably get a premium account and then maybe hand out guest passes yourself. That’s all about Crunchyroll Guest Passes. Thank you for reading!

How to Fix Video TDR Failure (atikmpag.sys) in Windows 10

How to Cancel Your Audible Subscription on an iPhone