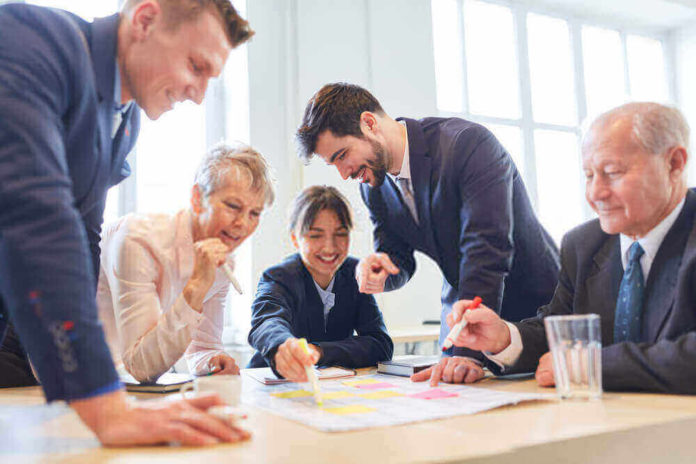 Business is a game like it is. It is a game of ups and downs, highs and lows, competitions, and consistency. In other words, it is fun. So in this weary world, one could entertain himself with this fun game called business. If you are planning to start a business the give a shot to it as all you require to do is play a business simulation game or Tycoon Games. You can develop your skills using these gaming apps that are required to run a business.

Today we are here to acquaint you with some best business simulation Tycoon Games. Do not go anywhere and refer below to know more about it.

YouTubers’ life is a game that puts you in the shoes of a Youtuber. You will get all the vibes and it would make you understand how a Youtuber can build a channel and grow the business. Despite all this, it will teach you to manage your work, education, and whatnot being a Youtuber. Though the youtube business might not have been that popular some 2-3 years ago, undoubtedly it has now become one of the best business options

It is one of the amazing games as it is all about the transportation of merchandise or cargoes through rail, sea, water, or air. It is available for free and is open source. It has been introduced decades ago but still, it is being updated and managed. Several modifications are being made from time and time and content keeps on updating. It is a remake of 1995’s Transport Tycoon Deluxe.

It is an amazing game that does not end. This is a game where users generally set a goal and the goal is to build the best business in this competitive society. It is used for both entertainment and training development. Players can work in fields like finance. marketing,  science, agriculture, etc. It is also to be noted that it is a series of multiplayer business simulation games- coupled with Virtonomics Entrepreneur, Virtonomics Business War, and Virtoomics Tycoon.

Is a successor of Theme Hospital.

Is available for Microsoft Windows, Linux, and Macintosh operating systems.

It has helped develop several games and introduce them to the market. In this game, the players are to create a city and build upon it. It trains you to handle issues that the civilians raise. It would also acquaint you with the handling a tackling of various natural disasters like earthquake, floods and other of some sort.  You will then have to build the damaged areas of your cities. It is available on a variety of platforms.

It is a successor of train Fever that combines airports and harbors. It allows one to become a transportation manager. The players are required to set a goal to facilitate transportation both within and between settlements. For this, you got to take the most cost-effective transportations into account.

You are also required to be acquainted with the art of upgrading vehicles in this particular game. The game starts with the year 1850 which shows the pathetic condition of transportation and rods. You will be running in a period and are supposedly required to make a progressive approach in transportation. You may also run a campaign in the U.S. or Europe, with both offering missions based on historical transportation challenges.

Can we purchase on steam

Can be accessed on Microsoft Windows, Linux, Macintosh operating system.

In this particular game, you are given the responsibility to design a theme park, bring in various designs, hire employees, and bring in business. It is mostly like Zoo Tycoon but there is a slight change as you are required to swap the animals out of amusement park rides. You are also required to maintain behind-the-scenes ventures that ensures the running of the business smoothly.

In this game, you are made an early 20th-century industrialist. Firstly you are required to build a growing empire, secondly, you git to manage it. Thirdly you may build factories, transport lines, and whatnot. Lastly, you can also look for gaps in the market and then strike business deals. If you want to have a feel of what it means to be a 20th-century industrialist you may go for the same. Try it out once and then you would feel every ounce of it.

Can be purchased on Steam.

Can be played on Microsoft Windows, Linux, macOS, and Macintosh operating systems.

In this particular game, you are given the responsibility of a manager who is responsible for putting a driver on the podium. You will find that there are a lot of thongs going behind the scenes which you have never imagined. Furthermore, you are required to take care of minute details like the components of your car and race-day decisions, to big-picture tasks like assembling your tam and voting on rules and regulations for the sport

In this game, players are required to be on a cold red planet. Their job there will be to manage and oversee the colonization of the new world. Gamers will get to face many new and tough challenges. They will come across some hard situation which requires tackling. They will be exposed to different challenges on other planets and survival on the same.

It is very much similar to the city-builder game. Furthermore, players will have to set up their colonies and will be required to manage and run it anyhow. The players are required to form up a strategy and play the game wisely

So these were some of the best business simulation games or Tycoon Games of 2020. These games allow you to explore your skills in the field of business and come out more learned and experienced. They provide you or expose you to a variety of jobs like an amusement park, heading a gaming development company or start a farm. You may try all of these out and have fun while learning different skills required to run a business. Do not miss them if you are strategizing to launch a business. Hope the article was helpful.