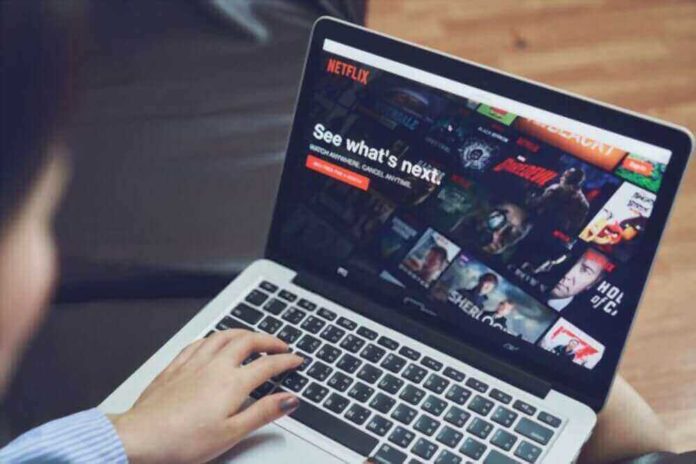 A large amount of content that is present on Netflix is geo-restricted. This means that the same content is not available in many parts of the world due to issues associated with the license for the distribution of that content.

Your IP address tells the location and hence Netflix will block the geo-restricted content on your system. The annoying message pops up on your screen: Whoops, something went wrong… Streaming Error… You seem to be using an unblocker or proxy. Please turn off any of these services and try again. For more help, visit netflix.com/proxy.

To unlock the maximum possible content, you need a VPN (Virtual Private Network) that will change the IP address of your system. Hence it will appear that the user is operating for another location. The best VPN should be able to unlock maximum available locations and at the same time maintaining user privacy. There are hundreds of VPNs available but the majority of them are not useful and Netflix takes them down.

Here we are going to look into 9 best available Netflix VPNs in detail that surely work.

Its high speed and 2048- bit encryption makes your Internet data safe and secure. The server base is 5390 covering 60 countries. Its double protection system changes IP address twice which acts as a double protective layer. 24 hrs customer support and 6 simultaneous connection are its important features. The proxy extension system routes your traffic over multiple networks anonymously hence hide your IP address form the websites that you are surfing.

One of the cheapest VPN with premium-level service. It unlocks 14 different libraries. Its camouflage mode will save hide your VPN which will then appear like normal online activity. It has unlimited data bandwidth with multiple connections. It is widely used to torrent and stream the dark web. With the help of this VPN unblock Amazon Prime, Hulu, HBO GO, and many more. The amazing 256- bit encryption will hide your online activity and personal data from a third party. If a VPN connection suddenly fails then automatic kill switch will disconnect your internet connection also hence preventing unpredictable IP leaks.

Lightning-fast speed, 24 hours customer support system, multiple device compatibility, and smart TV are its key features. It unlocks the locations like the US, Canada, UK, etc. is ExpressVPN’s Media Streamer DNS is a special feature that gives Netflix access to devices that do not support VPN like Apple TV and consoles. At maximum, only 5 devices can be used at a time. It has 3000 servers operating in 94 countries. It gives you remarkable gaming experience from a distant server. The amazing protection feature of this VPN is AES 256- bit encryption. Even the most powerful computers will take billions of years to hack 0.1 percent of the data it carries.

It has single click IP protection that changes your network details by just one click. You can filter the best servers for streaming in the app. One of the biggest benefits is that you can find the best deals online in that location which you VPN has unlocked. Its SOCKS5 proxy offers highest speeds of uploads and downloads hence making it the best choice for torrenting. It provides special added protection on public Wi-Fi.  The VPN launch automatically when you connect to certain Wi-Fi networks. You have the power to choose or ignore a large number of networks hence you can use network set of your choice. To protect websites from malware and spying tools its automated HTTP redirect hence protecting your personal data like credit card details and many more.

It has got 3266 servers across 29 countries. At the distance of 1000s of kilometres, the speed range obtained is consistent (6-8 MBPS). Its enormous bandwidth allows the streaming of HD content without buffer. It allows 10 multiple connections which are very large as compared to other VPNs. The multiple VPN gateway features connect two or more device or networks together and hence creates the interface of inter-device or inter-network communication.

It is very tough to enter into networks of Iran and China. But with its Chameleon protocol, you can enter into these servers by scrambling metadata. Unlike other VPNs, it has its own security protocol. The dynamic server switching capabilities of this VPN will automatically switch the user from one network to another to avoid overcrowded or busy network.

It has a very small server base of 100 operating in 56 countries but its regularly updated IP address is an edge. The speed drops are very high at the various location but due to its bandwidth streaming of HD content is still feasible.

IP Vanish has a high-speed network and security with its vast private connections. It ensures protection of all the devices like computers, routers, mobile device etc. To make international calls very cheap make the use of this VPN that changes your location and hence you can enjoy calls at lower VOIP rates. It has multi-platform security and enables to bypass censorship in various regions.

The main purpose of VPN is to create a virtual network and hide the original IP address of your system. Majority of them cannot work for Netflix but very few can surpass Netflix security walls. The good VPN will keep changing its IP address to avoid being traced and blocked.

The important qualities of good VPN are-

Most of the countries allow the use of VPN to stream on Netflix. So, it is legal but there are many countries like Russia and China that use the only govt. approved VPNs. The bottom line is that using high quality secured VPN is the smart choice to unlock maximum content on Netflix and make full use of the online streaming platform. The countries that don’t allow foreign VPNs, can be surpassed by using VPN blocking prevention. This will hide the identity of being a virtual network under deep packets of the inspection system and make it look like a normal private network.

There you have it: the skinny on the Netflix VPN ban as well as the way to get around it. ExpressVPN is the ticket for anybody looking to thumb their nose at copyright restrictions, though plenty of other VPNs will do the deed, as well.