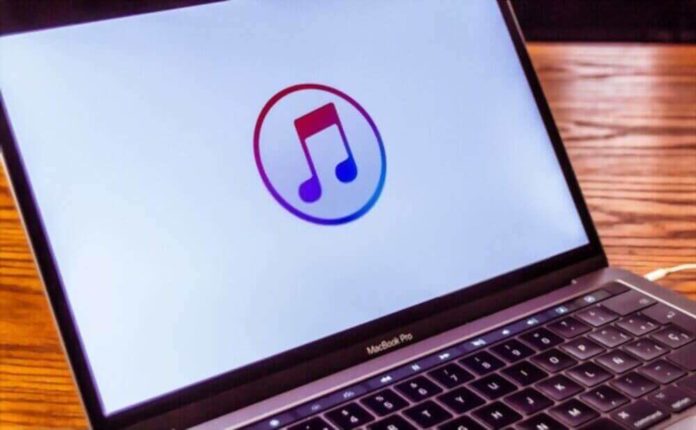 A significant and remarkable change in the history of Apple is the end of the famous and widely used iTunes. The latest Catalina update has resulted in the formation of three new apps, serving a specific purpose. These are Apple Music, Apple TV, and Podcasts. Since iTunes has served its users for s very long time and is no longer existent, a lot of users are now looking for alternatives to this app. So if you are one of these who wish to find an excellent replacement for the app, here are 15 iTunes alternatives for the year 2020.

Best iTunes Alternatives You Should Use

Given below is a list of different apps that are of the like of iTunes, each varying from the other. We recommend you read through the description and find the one that best suits your needs.

This software remains a favourite to many users because of how convenient and powerful it is. Admittedly, this is not a particularly cheap alternative to iTunes. Users can use the software on their iPhone devices via WiFi or using a cable. WALTR 2 recognises files from audio files and audiobooks, PDFs, ePub, etc. and then directs them towards the Apple apps. That means you will automatically find any newly transferred video in your phone’s Videos App and so on. Thus, it dismisses the need for a third-party platform to access the files.

It is known for its fast speed during the transfer process. This applies to both audio and image files. Moreover, large videos are successfully transferred in a couple of minutes. WALTR 2 is a very user-friendly software, enabling users to operate all kinds of files. If the main feature you are looking for is hassle-free and convenient file transfer between your mobile device and your PC, WALTR 2 has all that you need.

Unlike the previous option in the list, if the main requirement for you does not file management but rather a music player, then MusicBee is the one to go to. MusicBee sports a straightforward and intuitive UI and yet manages to deliver an array of features, thus giving the user a fantastic experience. Some of the most striking features of the software include the 15-band equalizer, logarithmic volume scaling, theme support, etc.

This is a software that will make the process of browsing, selecting, and playing audio files on your device more comfortable than ever. With MusicBee, you can also sync music files between Windows and iOS devices. The exciting part about this software is that MusicBee also enables podcasts, web-radio stations, and SoundCloud integration.

For existing Mac users who wish for a replacement for the good old iTunes for music playing, Vox Media Player is worth giving a shot at. Vox Media Player is friendly towards numerous audio formats, apart from the standard MP3 and MP4. Some of these are FLAC, CUE, APE, and M4A. The exciting part of this app is that Vox backs Tunes as well as the music library. It also enables the user to be able to stream music via SoundCloud, YouTube, and web- radio stations. Some of the other notable features are its ability of uninterrupted playback, superior sound quality, bass audio engine, cloud storage facility, and much more.

WinX MediaTrans is an alternative for those users on the hunt for a platform that allows the transfer of music, photos, and all other media files between PCs and mobile devices. This is a very user-friendly app and does not cause any annoyance. From the moment you install the software in your device, it fulfills its promise of hassle-free user experience. This app is particularly helpful when it comes to managing media files between your PC and iPhone. A few of the various other features it provides are the automatic photo backup, audio and video transfer, book organizer, ringtone maker, etc. however, one of the topmost features remains the feature to encrypt the user’s photo and video library.

DearMob iPhone Manager is fundamentally the exact feature by feature replica of iTunes. From managing media and music to transferring files between PCs and iOS devices. Just as iTunes, this software allows you to run automatic backups and also encrypt any personal data. Thus keeping your privacy intact. What’s interesting is that besides having heavily filled features, it still manages to keep the interface extremely user friendly for maximum reach.

Managing pictures on a device has never been this simple, thanks to DearMob iPhone Manager. What draws the app the most towards its users is that it is super quick in file transfers and also in making albums, deleting unwanted files, etc. it is worth mentioning that with this app, you can both preview and convert HEIC photos. DearMob iPhone Manager is available to users of both Windows and Mac OS, so no one is restricted from benefitting from its features.

Musique is an app which, although being minimal and simple, delivers a precious load of features for the user to experience. This unique app has handy and different features, some of which are the ability to preserve the structure of your folder displaying the music files. This means that you will find the files in the exact way you arranged it. One of the features that have been widely claimed to be the favourite feature is the built-in lyrics finder. So the app will extract the lyrics from the ongoing song and display it for you to sing along.

The app has an elegant interface and displays the contents by sorting the files according to artists, albums, etc. in a visually pleasing, neat mosaic view with the image of the artist or album as the display picture. It is almost surprising that an app as amazing as Musique is free, so you better make the most of it and give this one a try.

Swinsian is an audio player for Mac users, which makes for a decent and simple iTunes alternative—sporting a bunch of some incredible features like wide format support, advanced tag editing, duplicate finder, and the likes of it. Suppose you are someone who hates when your device lags in case a large file is being loaded, worry not. This app is made for you. It amazes the users how fast and efficient it is even with the largest of libraries.

The interface is customizable to deliver to you precisely what you expect from it. The app comes with the ability of a mini window or widget, which deems to be super convenient. In case you want to import an entire music library from iTunes, Swinsian makes it possible in just a few seconds.

For Mac users who are addicted to high-quality audio streaming experience, Fidelia is the perfect match for you. To simplify the description of this wonderful app, Fidelia is a high-definition music player for your Mac device. The app’s interface is sleek and brief, thus keeping its priority exclusively as its music. With Fidelia, users are free to customize their collection of music as per their liking and their liking alone. Fidelia has a bunch of tools, including compressors, equalizers, 64-bit audio support, etc. it is safe to say that Fidelia is a made in heaven match for music lovers.

This app is a pretty simple and straightforward one with not much to explain. PodTrans allows users to transfer music much faster than usual, without having to have pre-installed iTunes. This small app is useful for users of newer iPods since it also manages videos, movies, iTunes U, and other media files. This well-designed app is free of cost and is a must to try.

Clementine is claimed to be an iTunes substitute through which you can shape your music library as and how you please. It is incredible how the user can design exactly that music fulfills their needs. You can also access web-radio stations from platforms like Spotify, Soundcloud, Jamendo, Icecast, Magnatune, etc.

This app is free. Through Clementine, one can convert files into MP3, Ogg Vorbis or Speex, FLAC or AAC. Clementine also provides its users with cloud services such as Dropbox, Google Drive, and OneDrive.

These were ten best alternatives to iTunes, which cover up most of the features that you would get through iTunes. We hope you can find the app that exactly meets your requirements.