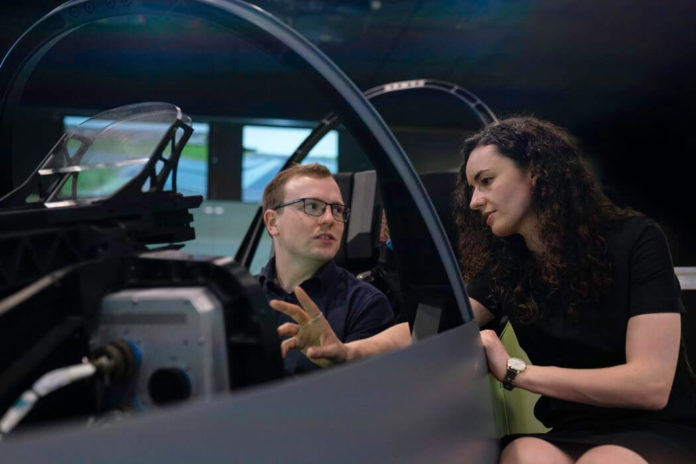 Have you heard of a flight simulator video game? Being a gaming enthusiast, you must have come across this word. If you are an aviation enthusiast, then this video game is best for you.

The control tower gives you the affirmative – it’s time for take-off. You jostle the few switches, start rushing on the runway, then pull back on the yoke. You climb steadily in the air until you reach the perfect cruising altitude as directed by the server and radar station.

Then suddenly you are hit by missiles, you open radio to make mayday calls. All these things are exciting, right?

You may choose your favorite simulation environment, take control of a plane or chopper in your hands, an aircraft into the atmosphere for exciting stunts and thrilling actions. There are different types of flight simulators out there, including options that feature true-to-life training, wargame combat, etc.

Here in this article, we are going to give you a detailed analysis of the best flight simulators in 2020.

We choose it as one of the best flight sim games

Modern and ultra-realistic, this flight simulator is the ultimate choice. Sleek interface, true-to-life cockpits, and world-wide scenery will drown into the royal ambiance of the immersive play.

Go to the play store you will get amazing user reviews. The stellar 3D models will get you into the breath-taking flight that’s sure to deliver for the gaming enthusiasts.

It is made compatible with the modern gameplay by the process of rebooting. Originally released in 2006 but then re-released in 2016. So just enter into your favorite aircraft and fly across the world to over 24,000 different destinations. So, it doesn’t matter if you are a fan of simple Cessna or jumbo 747s, you are with great craft waiting for you to take the wheel.

Other then this its immersive missions and sandbox play will charm you to the full extent.

We choose it as one of the best helicopter simulators

What exciting gameplay it has players assume the role of a helicopter pilot who’s been tasked with reinvigorating a struggling aviation business. New contracts, exciting thrilling missions, and build an aircraft empire all things will drown you into a virtual atmosphere of thrill.

Now you need to note one important thing that the open map in the game are modeled after real-world terrain and environments, and there’s always more to explore.

It is considered as one of the best historical flight simulators

Aviation game experts 777 Studios acquired Rise of Flight as it perfectly caters to a portfolio of realistic combat flight simulators. Now feel the situation- There is an era is World War I, and aircraft are making their entry into the battlefield for the first time in history. Now the control of an early model aircraft is in your hand. So, play God to aid the allied forces against the fighter plane of Central Powers in a war zone.

Moreover, it features a realistic range of aircraft, locations, and dynamic atmospheric conditions. So, go and test your aviation expertise by exploring the open-world environment that soothes your sight and other senses.

VR is the best platform for simulation games. The gameplay is very exciting. Enter into your cockpit of chosen aircraft and sail over the entire continental US. The gameplay has an amazing physics engine feature that will appear like a real-life flight situation in warfare. Along with this, you will get an immersive experience of realistic 3D models and graphics.

The ultimate choice of everyday game is Fly inside.

It has HD graphics where you can drive the aircraft of your choice and explore the world with immersive gameplay and the graphics. The gaming environment mimics the real world with 200 different airport destinations and a large swathe of open-world USA.

What you can do is Perform stunts, fly commercial aircraft, and glide over cities and states of your choice. Realistic flight physics and detailed 3D environments offer a perfect and vivid experience.

It is chosen as one of the best retro flight simulators

The three different games that it has are- Pilot wings, Pilot wings 64, and Pilot wings Resort. Playful elements like Hang Gliders, Jetpacks, and simple aerial craft with the innovative 3 D gameplay make users boast about it.

So, go on missions and explore the environment by flying around the atmosphere of Pilot wings. Other then what has been mentioned it can be picked up for your favorite old-school console or handheld.

It is considered as one of the best combat flight simulators

In the market, you will find the few combat flight simulators that compare to the realism and true-to-life mechanics of Ace Combat. Now you are the pilot so earn your stripes soaring through the sky and engage with a tussle in critical aerial combat missions.

The photorealistic graphics and 360- degree 3D movement for the incredible and immersive virtual environments will charm the user for the sure-shot.

The Il-2 Sturmovik franchise by Russian developer 777 Studios has an incredible and amazing World War-era flight simulation games for combat junkies. Battle of Bodenplatte was released in December of 2019 and has world-class mechanics with an entirely new storyline and immersive settings.

The situation is very realistic- War is approaching the end, and it’s up to you and your leadership to end into the victory.

So, a flight simulator is a type of simulation video game that mimics piloting and aviation and puts realistic experience at your sight. It is not professional training tools but is designed for aviation enthusiasts and the general gaming community. So, players are taken to the cockpit of an aircraft, typically a plane or fighter jet, to enjoy aerial maneuvers and combat exercises. There is no cost or risks associated with flight experience.

Homebuilt cockpits add immersion- For endless entertainment and an exciting hand-on project for deeper immersion lobbyist build their own cockpits.

Consoles feature flight sims too- There have been several successful console games with pared-down graphics and lighter gameplay.

There’s a sim for every taste- It is necessary for the different style of gameplay.