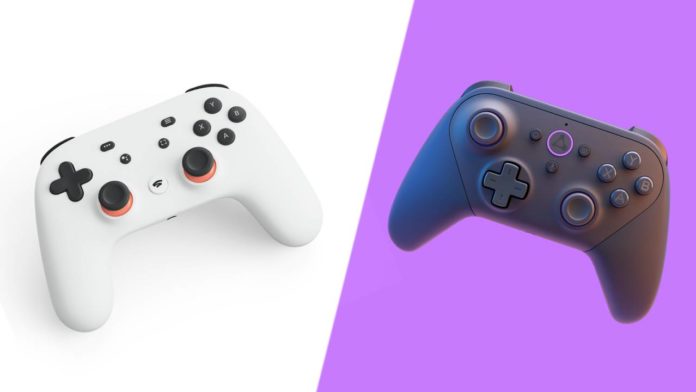 The recent years have seen a great advancement in the gaming field. There have been developed games that involve awesome graphics, have a storyline, and are great for multiplayer. Such games, although, very much fun to play, involve many costs for a proper setup. A gaming laptop, headsets and some more equipment which are quite expensive and everybody cannot afford them. To avoid all such expenses and inconvenience, cloud gaming is becoming popular among gamers.

What is Cloud Gaming?

In simple words, cloud gaming is used to describe a gaming service that allows users to access the content of the game without actually downloading it.

The game does not run locally on the user’s device.

Rather the game is streamed onto the user’s computer by ‘outsourcing computing power to a network of servers’.

How Does Cloud Gaming Work?

Cloud gaming works by using the power of computing-related to servers used by this gaming service. The game you are playing is not being run on your personal computer or device’s server but a network of other servers.

The game is streamed to your computer network if there is a proper internet connection. This way the game can be played on your device and you are able to access its contents.

So, the only work your device does is to send the inputs and feeds rather than running the entire game.

The 7 best services available for this gaming method are:

‘Shadow’ name basically depicts a sort of shadow computer that you can get after subscribing to it. Once you subscribe, you have signed off for a Windows 10 PC that you can run on your personal device.

So, Shadow software can be used for gaming purposes easily. It has a great performance and does more than just providing a gaming service. You can use it for streaming shows on your device.

It allows you to experience the features of a high-power computer on a regular device. Its ‘low connections mode’ is used to handle image issues when the connection is low.

Although it has some great advantages, for some users it might not be suited. It is not available in some parts of the United States. It does not give you the option of a free trial and a subscription is quite expensive. Sometimes, the number of services it provides acts just as an extra load to some users.

It has amazing performance and is not very costly. It has over 800 games to choose from ranging from the earliest to the newest versions of games. The best part is that you can download without having to worry about the space available.

The problem is that you need a PC or a PS4 device to play the games. PS4 also requires a controller with it which can be expensive. It is a bit complex to set it up on PC as well.

This cloud computing service can be used for developing web and mobile apps. It gives users the flexibility to use over 100 features depending upon their needs. It gives a free trial of 12 months to beginners. Payment is monthly and you have to pay only for the months used.

You can also move any application without having to recode it. It has a feature used to clear out the errors from a file or application, known as, debugging which is quite useful. Customer care is available 24/7. It is also available for both private and public cloud services, as well as, for a mix of both.

Google stadia comes under google as a cloud gaming service. Although it does not have a big release and there are mixed reviews, it promises more features and efficiency in the future.

It has a ‘Stadia Base’ which is free and has some basic features. Then there is ‘Stadia Pro’ for which you have to pay $9.99  and gives you more features and games.

You can use your own phone or computer for this service. The controller is not needed if you are playing it on Google TV.

It hasn’t been fully released yet but reviews show some issues related to 4K resolution. There is a problem with lagging. It does not have a big list of games available to select from. It lacks a lot of important features as of yet but we are hoping for a better future.

Steam link belongs to the company ‘Valve’ and can turn your iOS or Android device into a desktop. It is absolutely free of cost. It allows you to stream any of the games installed on your computer to your mobile, tablet, laptop, or any other device. You can also use a controller or a mouse if you want or just the keyboard.

Valve is extending its features to ‘steam link anywhere’ which helps you in using the streaming service for games on your computer to anywhere in the world through the Steam Link app.

This app is like the PlayStation equivalent and is free of cost. It allows you to wirelessly stream games on your PC. If you have Windows 10, it is already installed in it.

You require an Xbox in order to stream the game. If you have it, you can connect it with your PC by logging into your Microsoft account and then discover Xbox under the local network option.

After linking it, you can use it to play games on your PC using a controller and also have an audio chat with other players using the inbuilt options in-game. The disadvantage is that you cannot buy or sell used games and they load a little slower.

Omen game stream is one of the ways to stream games from your PC to other devices through your WiFi connection. To make it available, you need to have one of the three computers that allow you to use the HP Omen game stream service.

It is very simple to use and helps you in running the game on non-gaming PCs. All you need to do is install the required drivers and Omen command center on the device you want to play the game on and then link them to start streaming. It is a free remote gaming service. You can also use Omen control according to your needs.

Cloud gaming is an emerging field and has gained a lot of popularity. It is one of the most used services. It helps you to get rid of the hassles of installing and storing the data related to games.

It is a way of streaming games onto other devices by the use of other high-power servers rather than your own PC. There are a number of companies providing cloud gaming services with different features, controls, and expenses.

Prices are always fluctuating in the market. You must choose the service according to your needs, budget, and future use.